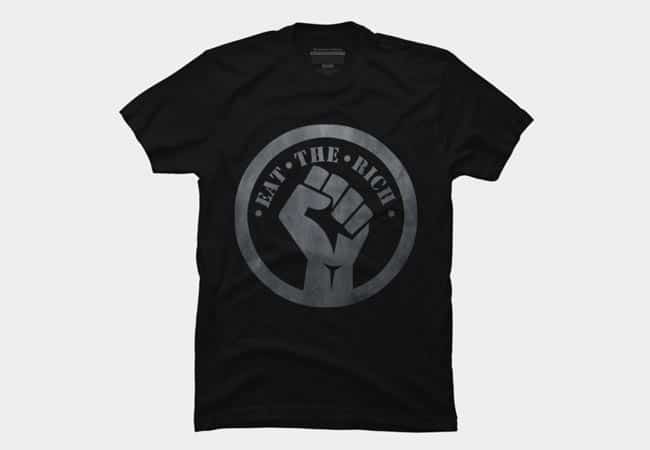 Eat the rich, one of our original designs inspired by people power and the right to protest. Nature, culture, economics, philosophy, politics and many other factors that are beyond my intellect, contribute to a world where a small proportion of super-rich individuals and corporations own the majority of the world's resources. Over the next few years that delicate balance will shift even further into the hands of the few to the detriment of the many.

The phrase “Eat the Rich” is an abbreviation of a saying attributed to Jean-Jacques Rousseau: "When the people shall have nothing more to eat, they will eat the rich".

Rich will try to stay in power.

However, in this age of data collection, digital marketing and sophisticated spin, unless the masses wake up and take action the poor and disenfranchised will never rise. The powerful will continue to use their wealth and resources to pitch different groups of poor folks against each other by playing on racial, religious, or ethical prejudices.

Take pride in educating your fellow humans and together we can change the system.

This protest t shirt is about awareness, it is about education, it is about making people think about it and potentially encouraging them to start making a contribution to making the world a better place. The system is broken. If it was as simple as hard work = money, then those factory workers that make the world's goods would be millionaires because they are some of the hardest workers on earth. Protest in my mind starts with education, individuals reading, educating themselves and then going forth into the world to spread the knowledge. 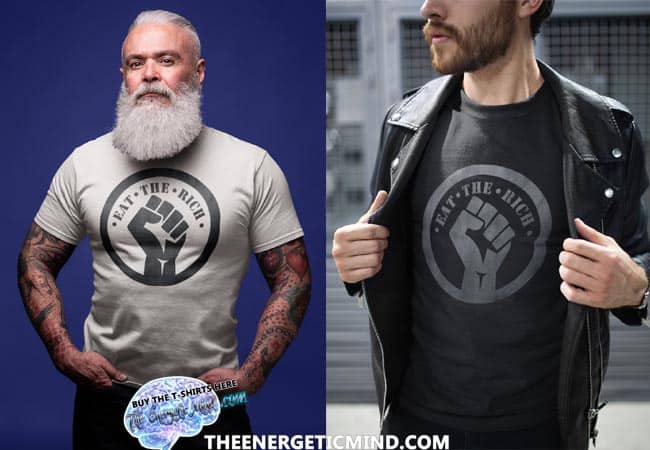