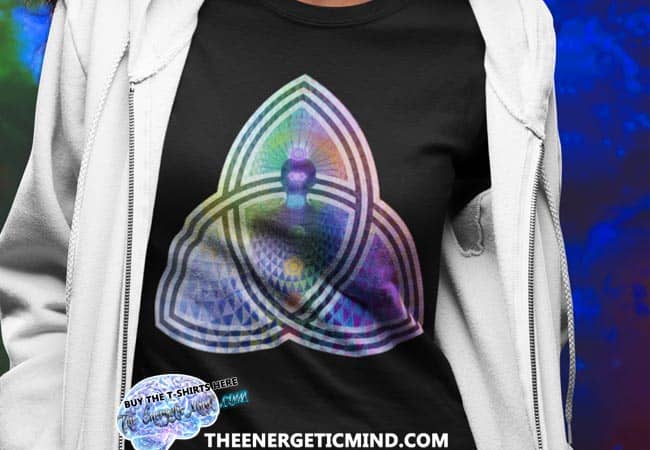 Are there times when you feel uncomfortable in crowded places? Are there moments when you feel as if your space is being invaded? Some people can only come so close to you. This is a reaction triggered by your aura.
It’s possible that someone else’s aura is intruding upon yours.
At times, you feel uneasy in the presence of a certain person. When you enter a room, you have this sense that something is wrong. The human aura is a strong electro-magnetic field. We give off electrical energy and absorb magnetic one.
You can feel this energy force in a room full of people, where varying energies, positive and negative, are being interchanged.
The aura is an extension of our energies, be it strong or weak, fair or otherwise, light and bright or dull and dense. It is a band of energy that surrounds us, a life energy that can be sensed around every living thing, plants, trees, animals, birds and people.
There are seven layers of aura, but the most accessible to the human perception are the first three layers surrounding the human body. Auras can be seen with the eyes wide open or it can also be seen psychically with the eyes closed.

Check out our Spiritual T Shirts

Colors are an important aspect of aura reading. Below is a description of the meanings different colors hold. When reading auras be sure to always trust your intuition.

This is a confusing color. There is nothing wrong with black in one’s aura. Black generally means one is shielding oneself from outside energies. This can also mean being unbalanced; one is hiding something or keeping secrets. A black ring usually indicates some form of abuse, adults who have not dealt with early abuse will carry this black ring till they are healed.

This comes in different shades. Gifted people have shades of blue in their aura. Intuitive people will show pale blue coloration within the purple bursting out like rays of sunshine, emanating from the heart outwards. A deeper blue can indicate loneliness. A very deep blue shows devotion, honesty and good judgment whereas muddier shades of blue indicates a domineering person or a tendency towards depression.

This color can indicate growth in a person. Seen around the head and with other colors emanating in combination, it indicates a person who is developing mentally, intuitively and organizing within. Brown by itself can indicate lack of energy, or one who has become “stagnant”.

Indicates lots of spiritual energy, in tune with oneself. Muddy gold means one has not really come to terms with one’s higher levels.

Usually seen around a thinker, an analytical person. Could indicate a “balanced” person. Intelligent people show this color around their heads.

Sympathetic to others, dependable and has healing abilities. Muddier shade could indicate jealousy- like “green with envy”.

Bright orange means one is growing emotionally and paranormally. A dull shade means a person is unsure how to accept this growth. Muddy orange shows in a person with too much pride.

The color of love, and honesty. It also depicts the quieter side of an artistic and creative person. Dark pink may indicate immaturity or changes with one’s love life. Dull pink, however, watch out; Someone is lying.

A color of love or hate, strong emotions and a lot of energy. An intense red color, however, may indicate a person ready to fly off the handle.

Check out our Spiritual T Shirts

A Guide To Seeing Auras

Seeing the aura is a matter of taking your eyes slightly out of focus. If you’ve ever been able to see those holographic picture-in-a-picture things then you shouldn’t have any trouble seeing auras as you do exactly the same thing with your eyes.
The first time I was at a seminar and this topic came up I had no luck whatsoever with seeing the auras of the other folks in the seminar. That night I went over to the bookstore and grabbed a bunch of the holograph picture books and sat there til I could relax my eyes and see them. The next day when I went back for the rest of the seminar I didn’t have any trouble seeing the auras of the other attendees.
Have your training partner stand in front of a light-colored wall in a dimly lit room. Have your partner hold one finger in front of their face, about 6 inches out from their chin.
Now focus your eyes on their finger, not their face. Have them remove their fingers but keep looking at the same spot. You’ll have to relax your eyes a bit to do this. Now, using that same relaxed vision, if you look at them you should be able to see what looks like a little line that runs all around them a couple of inches out from their body.
The next layer out is even more faint and may have colors associated with it. The different meanings of the colors vary widely depending on who you’re talking to. My advice in this area is to open up your awareness and see for yourself which colors seem to be associated most often with which types of people and their behaviors.
Play with this a bit. Does their aura change when they think happy thoughts? Sad thoughts? Angry thoughts?
Some people can see auras instantly and others have to work at it. Don’t be too put out if it takes a while. As you work with this you’ll gradually become aware of even more subtle layers of energy that surround people. You may also find that you can actually feel another person’s chakras and even discern which is their dominant chakra, which tells you instantly how that person is likely to react to any given stimuli.

Are auras a seizures?

There is no definitive answer to this question as the relationship between auras and seizures is not fully understood. Some people with epilepsy report experiencing auras before a seizure, while others do not. Additionally, some people who do not have epilepsy may also experience auras. Therefore, it is difficult to say whether or not auras are definitively linked to seizures.

There is no definitive answer, as auras can be either positive or negative. However, some people may find them to be overwhelming or even scary, especially if they are not expecting them. It is always best to consult with a trusted spiritual advisor or medium before experiencing an aura reading, to ensure that you are prepared for whatever information may be revealed.

Are auras real can they be seen?

Auras are not visible to the naked eye, but they can be seen by some people using their peripheral vision.

There is no definitive answer to this question as auras can be caused by a variety of conditions, including migraines, seizures, and brain tumors. However, if someone experiences a sudden onset of aura symptoms, it could be a sign of a more serious condition and they should seek medical attention.

Are auras and chakras the same thing?

Can auras be photographed?

Yes, auras can be photographed.

There is no definitive answer to this question as everyone experiences and perceives auras differently. Some people report seeing colorful lights or patterns surrounding a person’s head or body, while others claim to feel a sense of energy or warmth emanating from them. Some people are even able to see auras with their eyes closed, while others need to use special tools like aura cameras or crystal balls.

Check out our Spiritual T shirts